Heat is a challenge, and nowhere is this more apparent than in the deserts of the Middle East.

Air conditioning is of course in use, but sometimes things still get extreme. For example, when an air conditioner broke down at a base station site in the Middle East, the temperature started to climb. The site was in an area where the temperature during the summer months can reach 48°C.

Without air conditioning, the heat was enough to melt an LCD display on the TB3-series base station. The melted display was discovered during a site visit made for other reasons, but even this did not stop the base station from working properly.

TETRA radios have been used 130 km north of the Arctic Circle by the Jaeger Brigade, Finland’s northernmost defence force. The temperature can be as low as -35°C and these conditions make it one of the most demanding environments in the world where Airbus radios are used routinely.

The Jaeger Brigade typically manages around 1,000 conscripts, training them to carry out military exercises and rescue operations in the extremely tough conditions experienced in Finnish Lapland.

Military officers from platoon commanders upward have been using TETRA radios to manage the troops during manoeuvres.

Most of the radios in use are handportable units, with backup from a couple of vehicle-mounted units. Officers often shield the handheld radios from the worst of the winter weather by wearing them under their jackets and connecting them to a helmet or earmuffs. The conditions are of course easier for the vehicle-mounted radios.

Extreme temperatures are no problem for the slimline TH1n TETRA radio, for example. Tests show that even a frozen TH1n can continue to work.

See for yourself:
Video: How the TH1n has been tested 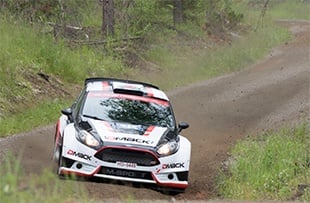