Where is TETRA being used today? Who are the users?

TETRA is the world’s most used digital PMR standard. It is in use in around 130 countries.

The top four user groups are

TETRA networks come in many sizes, from nationwide networks to installations with just one or two base stations.

How does TETRA coverage compare to P25 or DMR coverage?

TETRA is an open standard, and the competition between vendors has brought many innovations to TETRA’s development. Today, using the same frequency band with similar output power, TETRA solutions from Airbus can achieve outstanding coverage.

How suitable is TETRA for telemetry or similar purposes?

TETRA offers powerful Short Data Service (SDS) messaging. The SDS messages can be delivered on the control channel, during speech and over dedicated data channels. Furthermore, TETRA systems from Airbus allow a single message to be addressed to a group of devices. This saves capacity and time.

The IP Packet Data service is the better choice for higher data volumes.

Can a TETRA network be connected with other digital and analogue networks?

The TETRA standard leaves it mainly to the manufacturers to define the interfaces to other networks. However, most combinations are possible.

As a rule, all legacy network services can be interconnected.

Is TETRA encryption as efficient as AES?

Security begins with mutual authentication. Both the radio (subscriber unit) and the TETRA network verify each other.

There are multiple air interface encryption methods to cipher all traffic, including voice, signaling, and data.

In addition, security mechanisms include

TETRA security is very efficient at every level.

Did you know? TETRA and LTE complement each other. In fact, there are 50 ways that TETRA can provide the long-term support you need.

Tips for accessing functions and folders with the tactical button.

Text messages in a flash

Flash text messages are instantly visible on the radio's display. 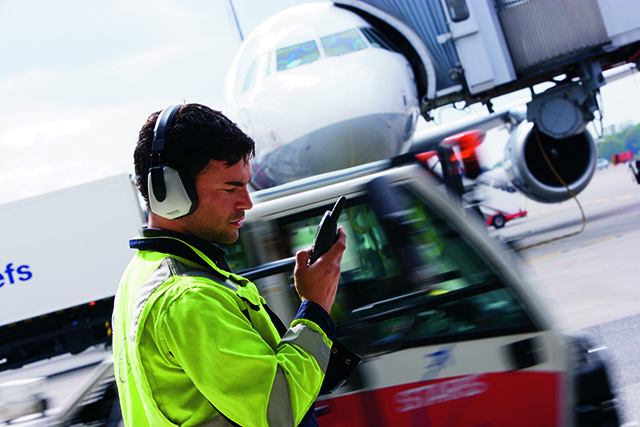 Choosing a digital radio network to suit the way you work may seem daunting, but the task can be broken down into five key requirements. It should not disrupt your operations, should be secure, bring new efficiencies, be supported by many suppliers and come from a vendor who can deliver the solution you need.