A vital tool for a village But for Marika Lehtinen, Social Secretary of Kustavi, a small coastal village in Finland, the advantages of using the VIRVE TETRA network are many. “Without the network I could not communicate as fluently, especially with other authorities”, she says.

She explains how social welfare services in her area have benefited from using TETRA daily. Staff carry a TETRA radio with them while on call, using them to communicate with their closest colleagues and team leaders.

Many of Lehtinen’s and her colleagues’ daily duties also involve close co-operation with several authorities, such as a police and ambulance services, a requirement made easy to achieve through the use of TETRA groups and the secure communication offered by TETRA radios.

Specific groups are defined for co-operation, allowing the social welfare staff to call for assistance from a police patrol or an ambulance. “This is very quick and efficient compared to calling the 112-center and having them call the police or ambulance service over a commercial mobile network,” says Lehtinen.

An example is the PoSoTe-talk group, where police (Po), social welfare (So) and health care (Te) co-operate.

This is defined in the TETRA radios and proper training ensures that staff know how and when to use it.

Protecting personal data is a major priority of the social welfare services. With TETRA, personal information – both spoken and exchanged as data - is safe because TETRA communication is encrypted.

Lehtinen considers the VIRVE TETRA network a vital tool. “It is not a burden to carry the radio when you have the advantages that you get,” she says.

Based on her experiences, Lehtinen thinks that front line staff, like those caring for the elderly or disabled, as well as the management working in the offices, would definitely benefit from quick access to information from the field: “Municipalities in general should plan the use of VIRVE into their operations and especially into their disaster preparedness plans.”

KUSTAVI is a municipality in South Western Finland covering a number of islands. Good communications are even more important there than on the mainland. In 2014, its population was 751, which grows more than tenfold during the summer months as there are over 3,000 summer residences in the Kustavi area. 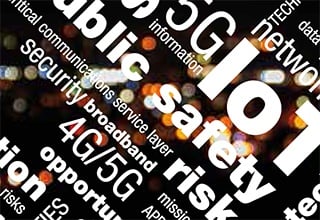 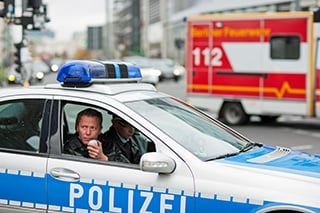