It’s the responsibility of all mission-critical organisations and the whole PMR community to ensure that future communication systems are at least just as good as, or preferably, better than they are now. In meeting that responsibility, a key capability will be the increased data speeds that future networks will offer.

There are different routes to such future capabilities — here we look briefly at three projects aiming to adopt LTE. Their experiences and the different approaches they are taking will help to guide other decision-makers. 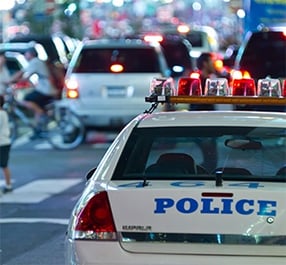 The First Responder Network Authority (FirstNet) project in the USA plans to offer an interoperable wireless broadband data service for all public safety users in the country.

Interoperability is not currently available in the US and would on its own improve the working conditions of mission-critical users.

Congress has agreed financing of $7 billion and frequencies of 20 MHz for the project. FirstNet is a huge project, and some delays have already been confirmed.

In October 2016, it was revealed that FirstNet would not award a partner for its request for proposals (RFP) acquisition process before November 1. This was most likely due to the contract’s size, scope and uniqueness. The results of the November elections may also have an effect on this project.

Exactly when the FirstNet tendering process and the actual construction of the service will occur is still unclear. Voice communication will remain on P25–based systems for several years yet. Also, countrywide coverage will be constructed partly with dedicated broadband, partly with commercial networks.

In the UK, the starting point is different as there is already a TETRA network available throughout the country. However, the Home Office has decided to switch this off by the end of 2019 and move all users to a commercial broadband service.

The planned schedule is very ambitious as the technology needed (LTE 3GPP Rel 13-16) does not yet exist, while coverage, equipment and many other issues need to be improved before mission-critical users can rely on the new service.

In Korea and Qatar the approach is different – completely dedicated broadband networks. In most countries, this is not possible as frequencies are not dedicated to public safety.

In some countries such as Belgium, Finland, Germany, Hungary, Saudi Arabia, Sweden and many others, the plan is to approach the future step-by step.

These countries are (or are planning to) use their existing, secure and reliable TETRA networks and at the same time, complement this with broadband data.

They have different approaches, including commercial broadband providers either with or without a secure MVNO model.

In some countries, some dedicated frequencies will be available for mission-critical users.

Rather than swallow an LTE project whole, these countries are taking it gradually, keeping what is best about their current networks and building incrementally for the broadband future.

Read more about the hybrid approach: Download “How to succeed in PMR evolution – the smart way” white paper by Airbus: