These are the five main things you should know about TETRA systems and TETRA technology: 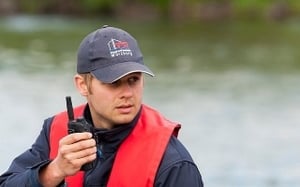 Can a TETRA network be connected with other technologies?

The TETRA standard leaves interfacing to other networks mostly to the manufacturers. However, most combinations are possible. For instance, Airbus systems connect analog and digital group call services using the Generic Four Wire interface. There is an interface for one-to-one calls for connecting to an organisation's PABX, to PSTN or cellular networks, as well as interfaces for connecting SDS with cellular networks and IP data traffic with data networks.

Typically, all legacy network services can be interconnected.

What's more, you can adopt smartphones and other broadband solutions and connect them very effectively to Airbus TETRA systems. Such hybrid solutions are a smooth way to mission critical broadband.

Download this eBook now: "50 powerful reasons you will want to adopt hybrid solutions"

Where is TETRA being used today? Who are the users?

TETRA is the world’s most used digital PMR standard, deployed in approximately 130 countries. User groups vary from nationwide public safety agencies and utility companies to industry plant installations with just one or two base stations. More and more organisations that rely on their communication want to use data as well as voice – and many are choosing the spectrally-efficient TETRA system.

Is TETRA coverage as good as P25 or DMR coverage?

Coverage depends mostly on the frequency used and the transmission power. Receiver sensitivity is also important. As TETRA is an open standard, competing vendors have continuously brought innovation to TETRA’s development so that today, using the same frequency band with similar output power, TETRA coverage is outstanding.

How suitable is TETRA for telemetry or similar purposes?

TETRA offers powerful Short Data Service (SDS) messaging. These messages can be delivered on the control channel, during speech and over dedicated data channels. Even the channel type can be modified according to the real-time load. Furthermore, group addressing of multiple devices can be controlled with a single message to save capacity and time.

The TETRA IP Packet Data service is the preferred choice for transactions with a higher data volume. A mixture of status messaging (16 bytes), SDS messages (140 bytes without concatenation) and IP Packet Data can make real sense especially when there is a shortage of spectrum.

Is TETRA encryption as efficient as AES with P25 and DMR? 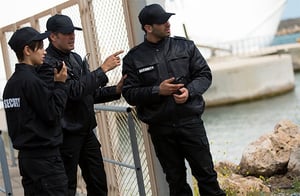 However, security in TETRA, particularly in Airbus TETRA systems, involves far more than just end-to-end encryption. It begins with mutual authentication, where both the radio (subscriber unit) and the TETRA network verify each other. Then there are multiple air interface encryption methods to cipher all traffic, including voice, signalling and data. Beyond these are mechanisms for jamming detection with automatic retuning of base station frequencies, sandboxing of organisations and users within a shared network (called called Virtual Private Radio Network (VPRN)) and more.

In summary, TETRA security is very efficient at every level.